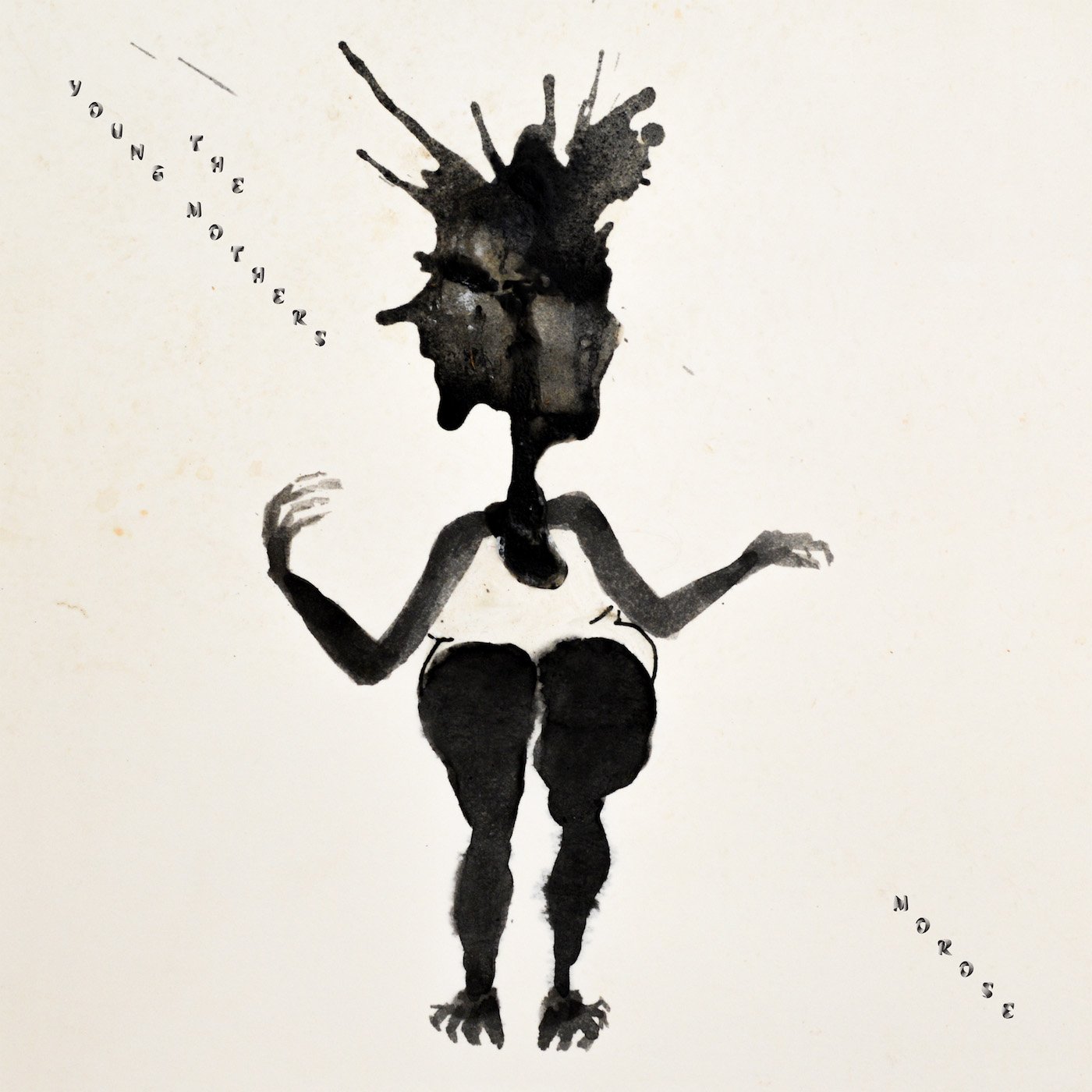 Norwegian bassist Ingebrigt Håker Flaten (The Thing; Free Fall; Atomic) moved to Austin, Texas in 2009. He’d experimented with stateside living for a few years in Chicago before that, but the city of barbecue, food trucks, and outlaw country music has become his home base. Texas has a deep creative music history, but most Texas improvisers found their notoriety elsewhere, seeking to escape segregation and poverty for a chance to ‘starve a little better’ on the coasts. The Texas of 2018 is not the Texas of 1958, however, and what became a transliteration of his Chicago Sextet into a scrappy Lone Star variant called The Young Mothers has formed a group identity all its own and now has a second album under the belt (their first, A Mothers’ Work Is Never Done was self-released in 2014). Instrumentally The Young Mothers has some similarity with its Windy City relative — in addition to sharing drummer Frank Rosaly and Flaten, the vibraphone chair is held down by percussionist Stefan González (Yells At Eels, Akkolyte) and tenorist Jason Jackson is their saxophone firebrand. Furthermore, the group features guitarist Jonathan Horne (Plutonium Farmers) and Jawwaad Taylor on trumpet, electronics, and rhymes, and it is here that structural similarities between the Young Mothers and Flaten’s other folksy-modal projects end.

The Young Mothers was named after a Houston community project for teen mothers that Flaten’s then-partner worked with, and while it may strike one as an odd moniker for a group that melds free improvisation, Tejano-inspired horn lines, the long unfurling electricity of surf rock, tough word-science and crust metal vocals, but relocating to a then-unfamiliar locale and birthing/raising a melange of sonic approaches into a working ensemble is not insignificant, if not quite actual motherhood. While they may have exhibited a homespun ricketiness in the beginning, through touring nationwide and in Europe they’ve honed their sound into something truly their own, and one that’s not insignificantly comparable to historical melds in Scandinavian-American-World Music — the work of Don Cherry, Maffy Falay’s Sevda, and more recent efforts from Two Bands and a Legend and The Cherry Thing successfully merge varied strains of contemporary music with creative improvisation. Flaten’s round, deep tone and precise attack certainly act as an anchor, a fulcrum for sculpted vibraphone resonance, the dry breaks and shimmering floes of Rosaly’s kit, all of which stoke Horne’s flinty guitar and the throaty exhortations of brass and verbal declaration. Check “Black Tar Caviar” for some of the most unruly combinations of threads on the disc; from dual cymbal and tuned gong tempi supporting Jackson’s Gato Barbieri-like burrs, the palette of accents gradually increases until feedback-laden scorch signals a second movement, raps and death howls in tandem against a Cherry-like folk theme and sludgy electric bass grooves/strangled flourishes. It’s a fine microcosm among ten of what The Young Mothers are up to –– luckily for us, this band has stretched its legs further than the Houston/Austin/Dallas triangle.
• bio by Clifford Allen

We ship to Europe but please note the album is available in the EU via Trost Records (http://www.trost.at/the-young-mothers-morose.html).